D'Andra: I Wasn't Being Cruel to LeeAnne, I Was Being a Friend 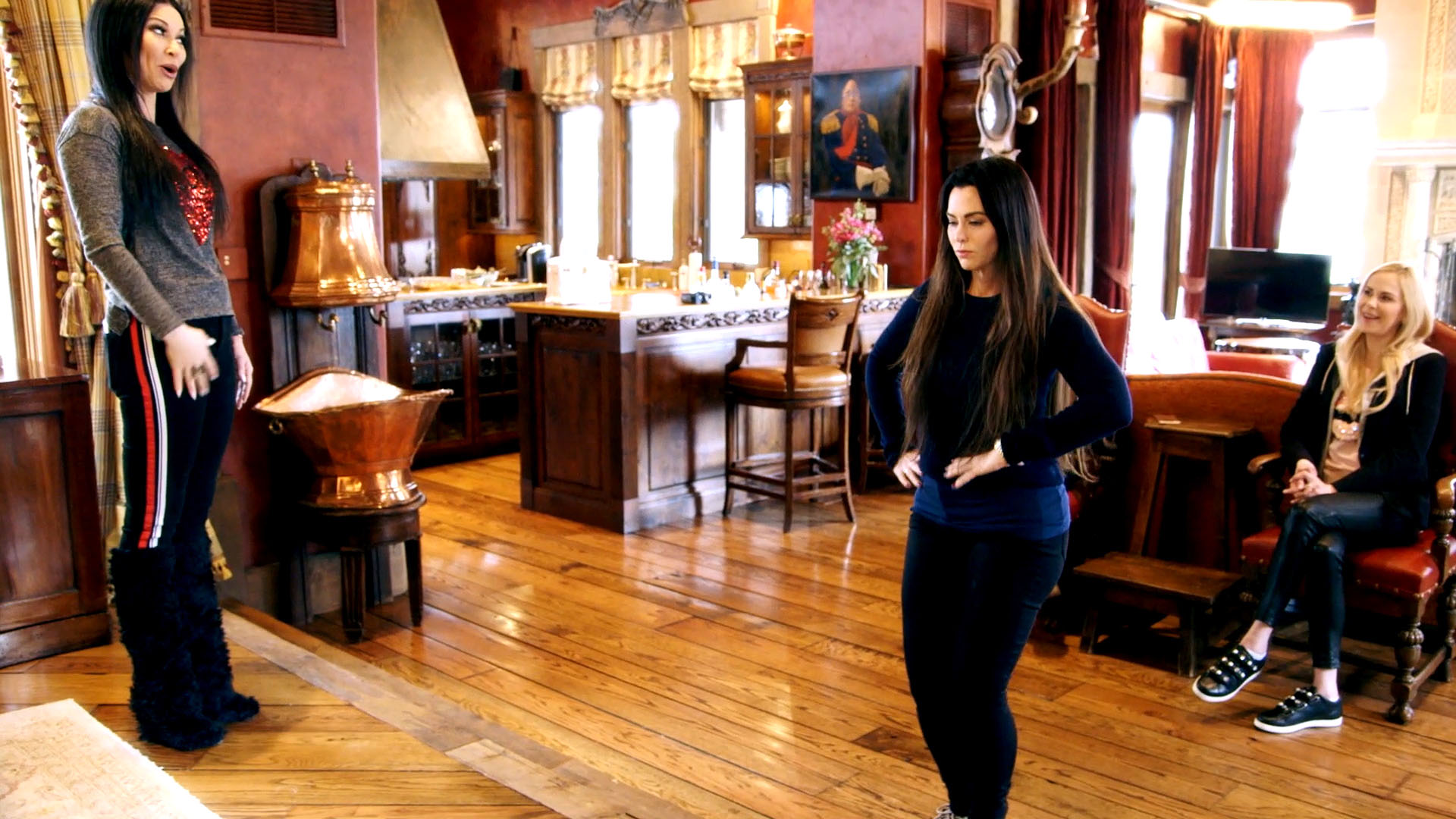 After the huge argument the night before between Brandi Redmond, Stephanie Hollman, and Kameron Westcott, I was exhausted. The three of them ran around in circles all night about this "bashed/badgered" BS, and I was over it. It was about one of the silliest things I had ever heard. I mean, come on, we are really going to argue about something as childish as that…no pun intended?

I had my own issues with Brandi that were still hanging above my head, and was ready to address them! The only reason I even jumped into the conversation in the van was because it was clear that the alcohol and the altitude were clouding both Kameron and Stephanie’s memory about the fight. I felt that someone who witnessed it needed to step in to clear the air and end the fight.

Also, I have told Kameron this before, and I wanted to remind her again in our group of friends—so that anyone who felt it necessary might weigh in—being the girl in the room who is always the “dog on the bone” doesn’t make people cozy up to you. Even if you think you are right and you have a point, sometimes “winning leaves you wanting” and it is best just to let it go! This was definitely the case for the baby bashing smashing conversation! It was starting to wear on everyone, even those who were asleep when all of this went down.

Speaking of clearing the air, I felt 1,000% better after my talk with Brandi at the top of the mountain. I finally expressed what I had been trying to say to her about my own struggles with ADD, and why I had concerns about women abusing the medications meant for treating it. The awkwardness that had been plaguing us since before my anniversary party was remedied with snow angels, and I just knew our relationship would grow from there-and it has! Brandi and I had a blast letting loose with each other on the rest of that trip, and I am so grateful for that. She is one of the funniest women I have ever met! Vacation D’Andra + Vacation Brandi = A good time had by all!

The Real Housewives of Dallas
Why Brandi Redmond Was Able to Forgive D'Andra Simmons For Her Adderall Comments
D'Andra changed everything when she opened up to Brandi in Beaver Creek. 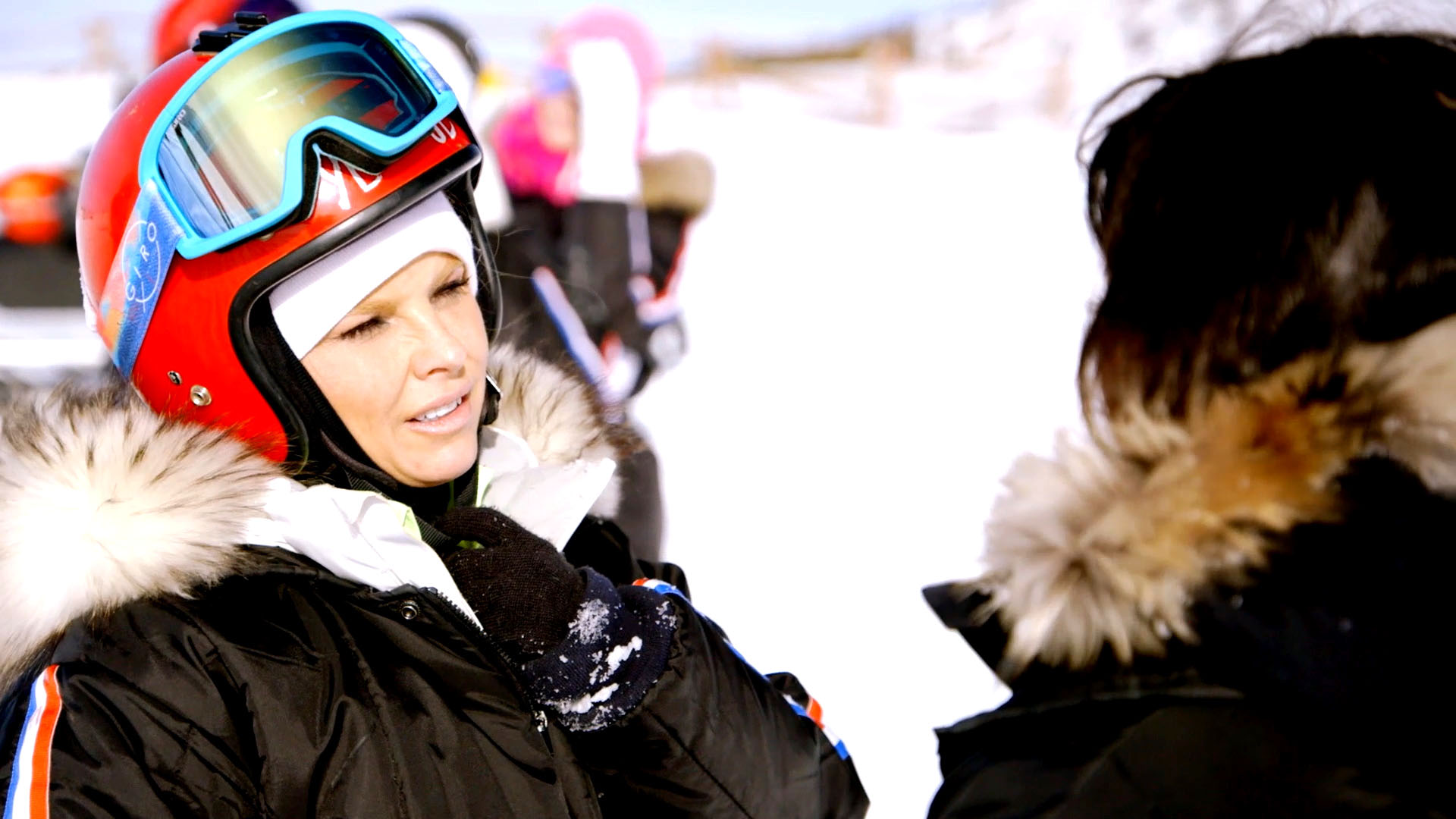 I thought Brandi’s reenactment of LeeAnne Locken and my little tiff over "The Crown" was amazing. As much as I hate to admit it, her impressions of both of us were spot on. Brandi always does the best impressions. I honestly don’t recall how our argument began, or why I felt so passionate about it at the time. I guess it was the alcohol… I mean… altitude! Of course, at the end of the day, it was just two friends joking around, but let’s be honest, people call me Queen Bee for a reason, and I have the heirloom ring and broach from Momma Dee to prove it… LMAO!

The pageant idea was genius, and I clearly had it in the bag — or in the crown, so to speak. I mean, who could match me in the talent contest??? However, our pre-pageant questions to each other were maybe not the best idea after a few drinks.

I wasn’t asking LeeAnne about her and Rich dragging their feet with the wedding to be cruel or to put her on the spot. I was asking as a concerned friend. Let’s face it, last year I was just as hard on LeeAnne as I am this year. It was just concerning a different subject. I haven’t changed at all in that area. I am still the “tough love” friend I have always been and that will never change.

LeeAnne and I have been friends for almost as long as she and Rich have been together, and I just want her to be happy! My getting tough on LeeAnne is me being protective. I was in a relationship before I met my husband that had serious problems and I was engaged. I luckily didn’t make the mistake of marrying that person. I want LeeAnne to feel as loved and protected as I do with my husband. If there are any red flags then it is best to wave them wildly before the wedding…and not after. In this case, LeeAnne first blamed her decision to delay the marriage on Rich’s disability because he has been blinded in one eye from a retinal tear in the last few years, but then she says it’s REALLY her that doesn’t want to get married? I am starting to sense a big case of DEFLECTION coming on! Which one is it? This fairytale relationship is starting to feel a bit like fantasy to me. Kameron thinks she is a blonde detective, well, you haven’t met THIS brunette operative!

When LeeAnne and Rich got engaged, I was thrilled. The fact that she finally got her ring, and her guy is what any true friend wants and what I wanted for her, but, I find it strange that it’s been over a year, and they’ve made no plans to move forward. I have been in excitement wedding planning mode all year, and I am ready to leave the starting gate and get this party started! Who can blame me for questioning my best friend when she is dragging her heels on moving forward with wedding plans? If I didn’t question the situation then that would make me a bad friend. I should be the first one to ask the tough questions. A caring friend would do exactly what I am doing, they would get to the bottom of this and do what they can to help. If they didn’t and if I didn’t, shame on the both of us!

I understand LeeAnne’s fears. Getting married is one of the most important life decisions she will ever make. She shared with the rest of the group at dinner that Rich has been divorced several times, and she doesn’t want to be the next casualty.

I had similar concerns when Jeremy and I got engaged, as we were both married before. And, as LeeAnne has pointed out several times, since I have been married once before, I should know a thing or two about it. But, despite my reservations, LeeAnne is the one who told me to go for it anyway!

I thought maybe all of the girls could be a sounding board and a comfort to LeeAnne if she was indeed having reservations. If she is happy, and has been happy for ten years already, getting married will only strengthen that bond. It is the icing on the cake, so to speak. When LeeAnne started to break down, and especially after her eyelashes fell off, I figured I was pushing too hard and it was time to let it go for now. We have plenty more occasions and vacations to discuss this topic provided we can avoid deflection tactics.

On a lighter note, I told y’all I was Queen! I don’t care what Kameron says; I KILLED the talent portion of that competition. I may have had a K Cup up my butt, however, it’s way better than the stick she has up hers! We were on vacation, “Laissez les bons temps rouler!” Everyone needs to lighten up! And, yes, Brandi, I did CLENCH the competition. I must go now, Keurig is calling about my new sponsorship opportunity! Too da loo! Until next week, your official Queen Bee signing off!

D'Andra Simmons: Kameron Allowed Herself to Be Manipulated by LeeAnne

D'Andra Simmons: My Friendship With LeeAnne Is in a Fragile State of Rehabilitation

Sign up to get the latest on sales, new releases and more …